Travel » What and where we ate in Amsterdam 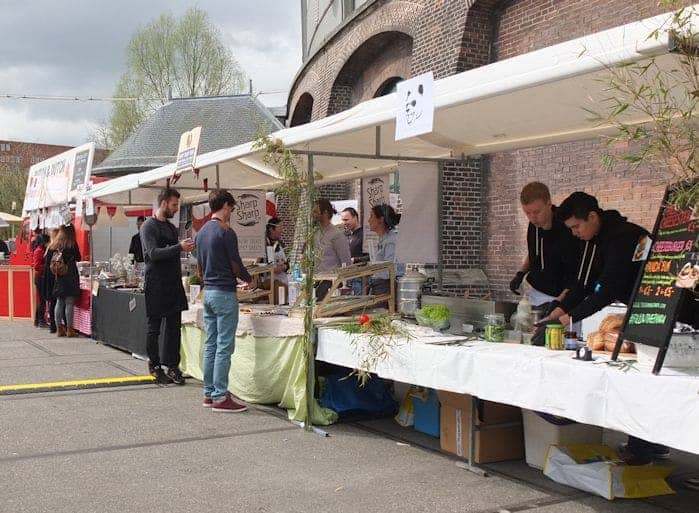 When me and my husband lived in our flat in East London, we used to go on lots of holidays. But since we took on the tasks of doing up a little house in West London, we lacked time and money.

I was excited when we finally planned a little weekend trip away to Holland. I flew out to meet my husband in the medieval university town called Utrecht; and then spent the subsequent two days in Amsterdam.

Walking through sunny Utrecht I found a lot of ice cream parlours and frozen yoghurt pots. Like in the UK frozen Yoghurt is becoming quite popular and mine was sprinkled with Oreo biscuits. We found our yoghurt at a little shop called “Frozz” which makes their frozen yoghurt from milk of Dutch cows. 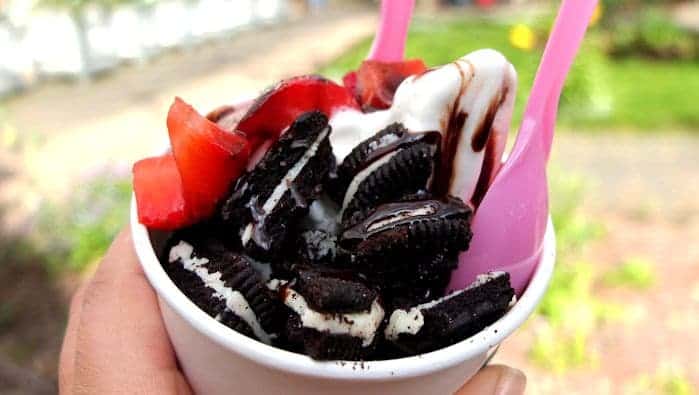 Just before embarking on our city tour we had ate some chips. Apparently potato chips are very popular in Holland. They are called “patat” in the north and “friet” in the south. Every Dutch person eats on average 18 kg of frozen potato products a year! We choose to have it with a dutch dipping sauce called Joppie. Joppie is a yellowish sauce, that includes mayonnaise, onions and curry spices. 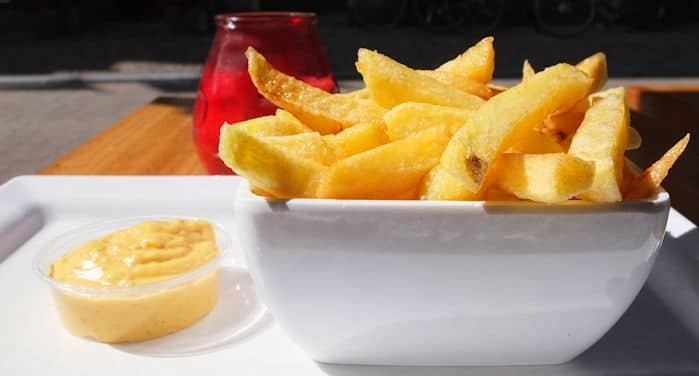 Once we arrived in Amsterdam I was desperate to try out some traditional Dutch cuisine. Although I soon found out  that there is some planning involved in that. One of my facebook followers DishesOnly.com suggested that de Kas is a nice place to eat. However they were booked out. We then decided to try our luck and just turned up at the Moeders restaurant; they did not have a table free for the next two days… and after wandering the streets of Amsterdam looking for a suitable alternative we ended up at an Italian restaurant. 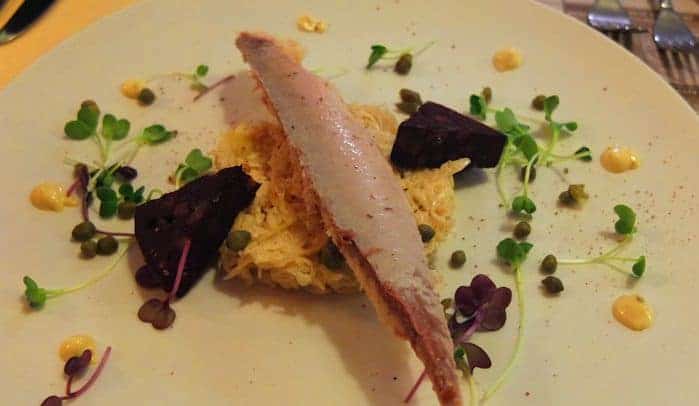 The next day I was more lucky and managed to book a table at Haesje Claes (another restaurant renown for their traditional dutch food) at 9.30 pm (I think that must have been the last table)

We decided to share a starter of steamed mackerel with sauerkraut and black pudding for starter. My husband choose a traditional Stamppot, which is a traditional Dutch dish made of mashed potatoes with vegetables served with sausages and mashed potatoes. I choose the beefstew with red cabbage; as red cabbage is one of my favourite dishes. 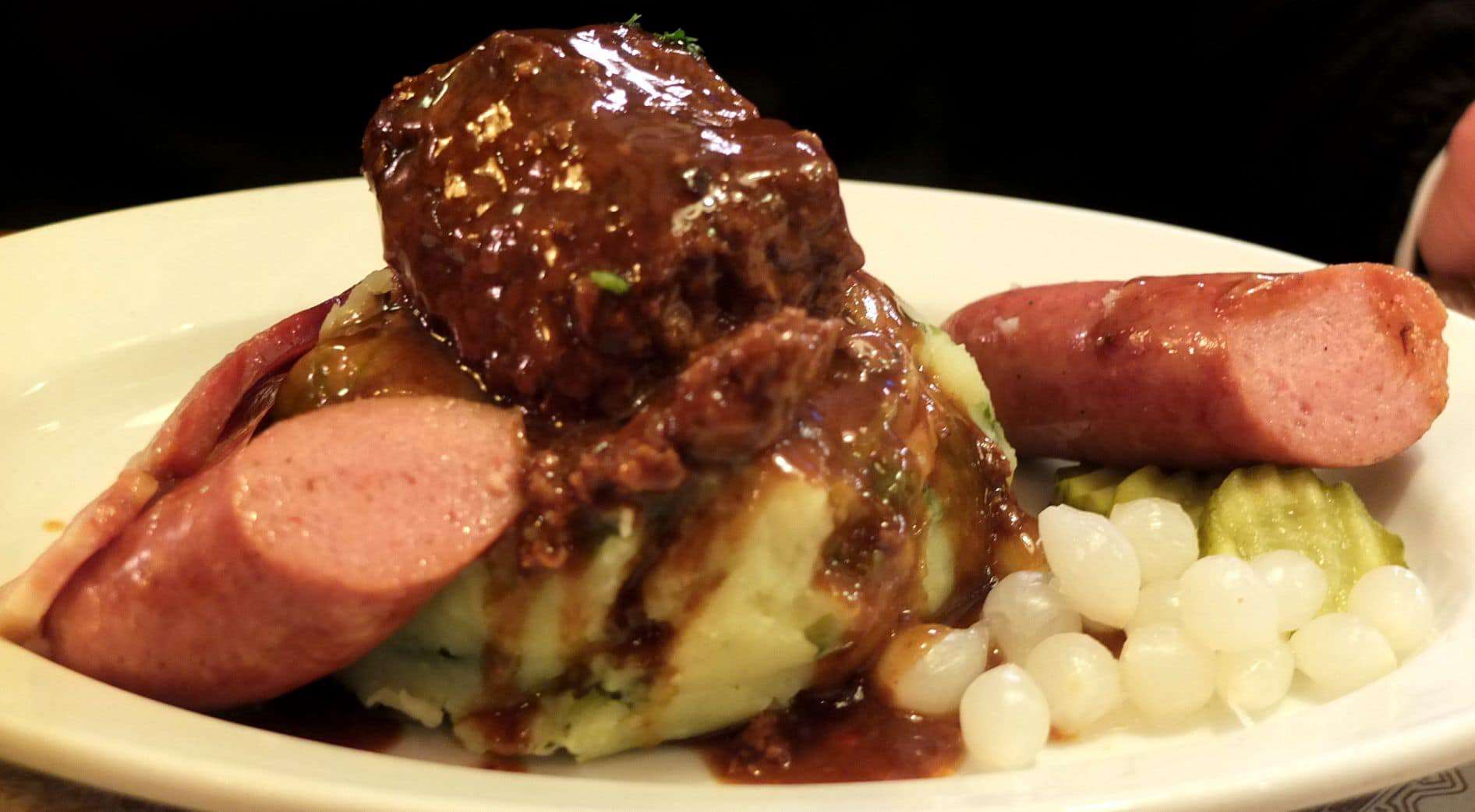 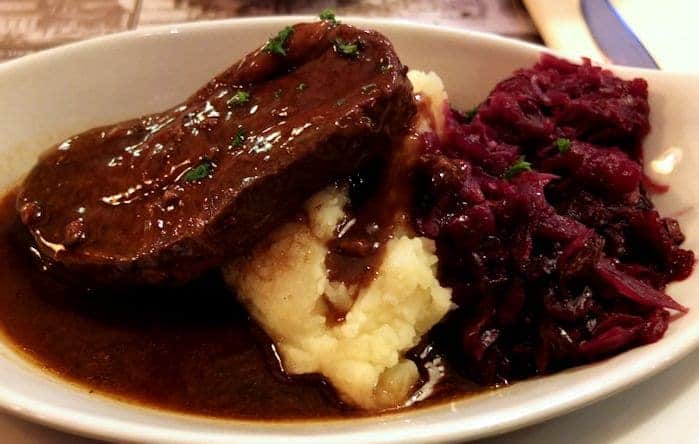 Satisfied, that I managed to get to eat at least one traditional Dutch meal on our Amsterdam break, we skipped breakfast the next morning and made our way to the WesterGasfabriek, a culture park in East of the Town.

The Neighbourhood Foodmarket features food stalls from all over the world, but also some traditional Dutch delicacies. We had a feast by first having some of the delicious Mexican cactus sandwich, then we moved on to some Georgian dumplings, tried a traditional Dutch prawn croquette, and finished our brunch with a Argentinian Empanada. 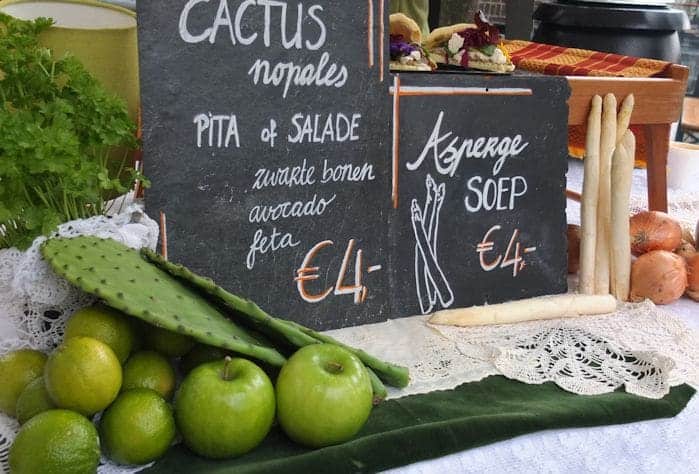 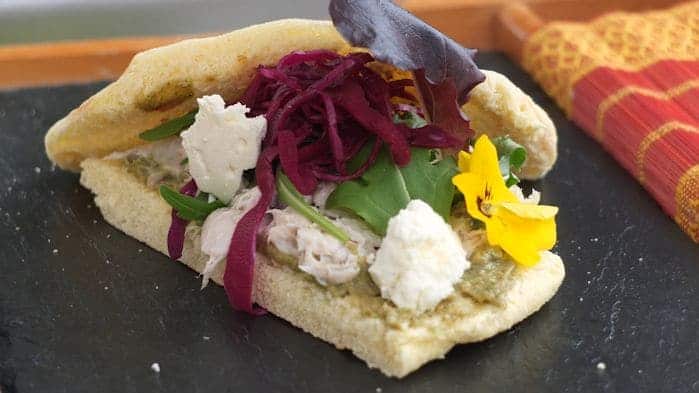 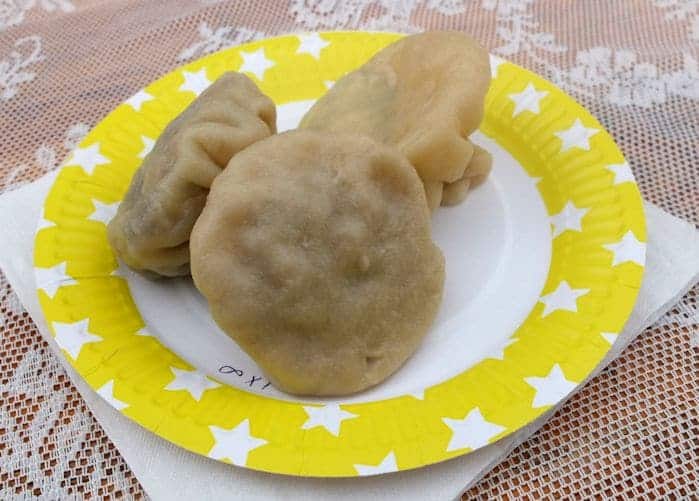 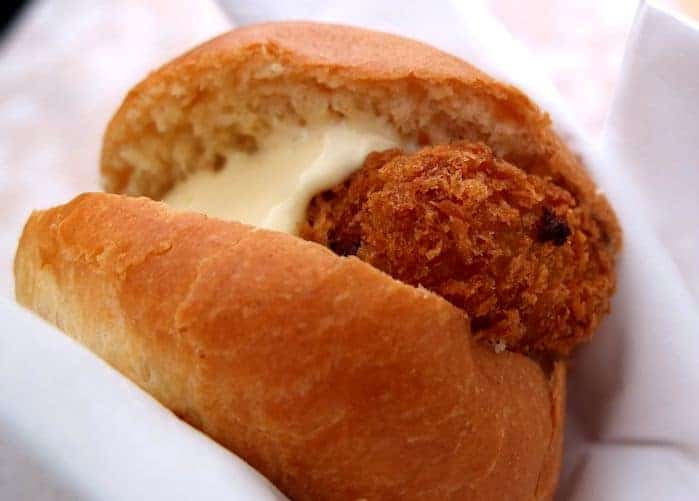 As always time was too short in Amsterdam to try out all the amazing food.  But if you are in Amsterdam at the weekend and love trying different food as much as I do, have a look to see if the Neighbourhood Foodmarket is on that weekend.