Travel » What we ate in Iceland

I have mentioned before on facebook that I was off this Easter for a short weekend break with my husband to Iceland . To the capital Reykjavik to be specific.

It was beautiful but freezing cold even in April. Naturally I was curious about the food they had on offer. Unfortunately I did not really eat out there, because Iceland is a very expensive country. As its so cold there for most of the year everything has to be imported. This means that food prices are very high and restaurants prices even more so.

However I am convinced that sometimes you do not need to go to a restaurant to find local food just a supermarket. We had a great time walking around and just picking up food that we thought looked good but we had no clue what they were!

Of course we stopped and had some of the Icelandic Street Food - Hotdogs, and Pancakes! Drank a shed lot of coffee! I definitely cannot wait to go back but next time maybe in the summer when its warmer.

I had one every day that I was there. 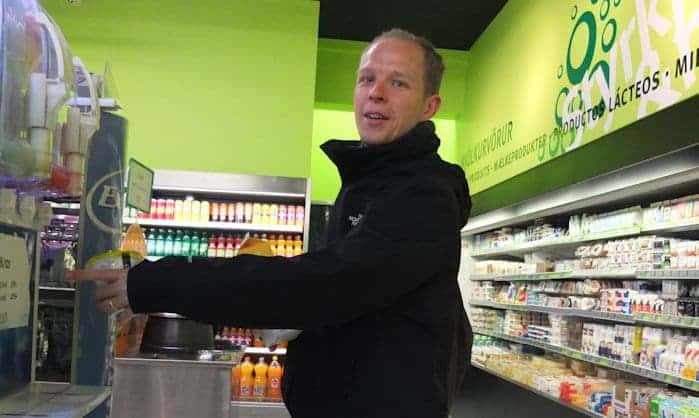 Dave got very excited in the supermarket... 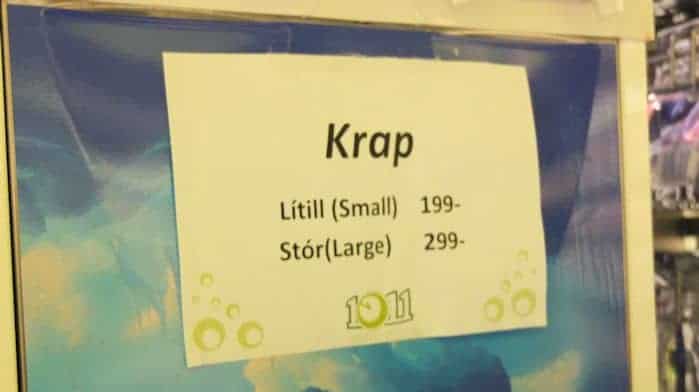 When he discovered that they were selling "Crap" 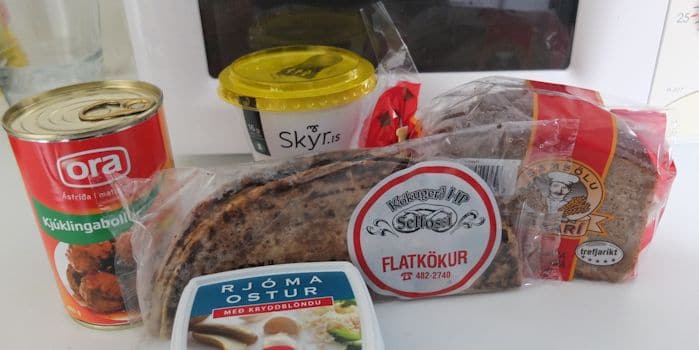 My treasures from my first trip to the supermarket. The Icelandic yoghurt, some malt bread, meatballs in a sweet and sour sauce and those Icelandic flat breads. 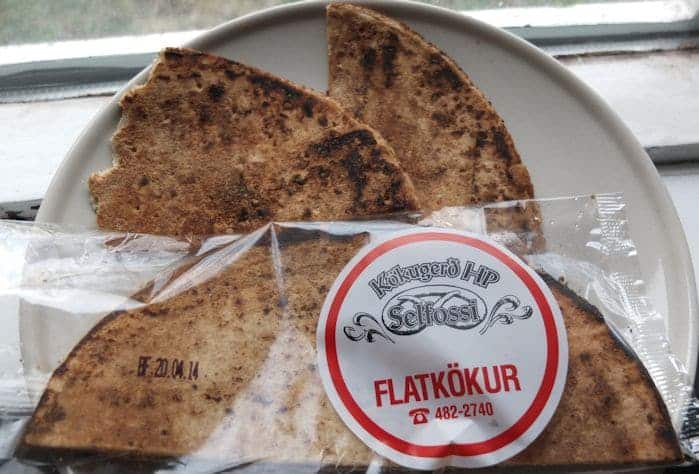 Flatkökur is the traditional Icelandic Flatbread that you can get in every Icelandic Supermarket. It has a smokey taste, and was originally baked in a pot. 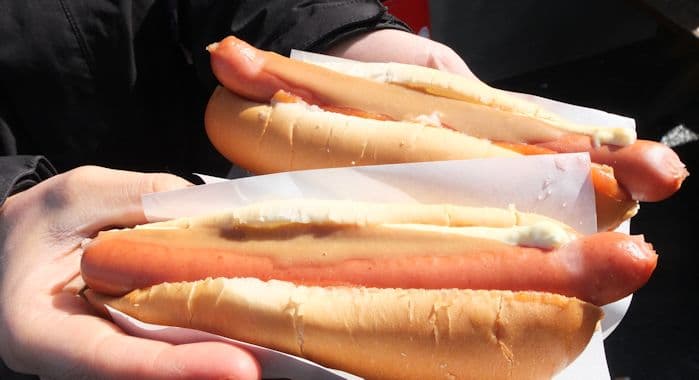 Apparently Iceland is obsessed with Hot Dogs ... we had to of course try them 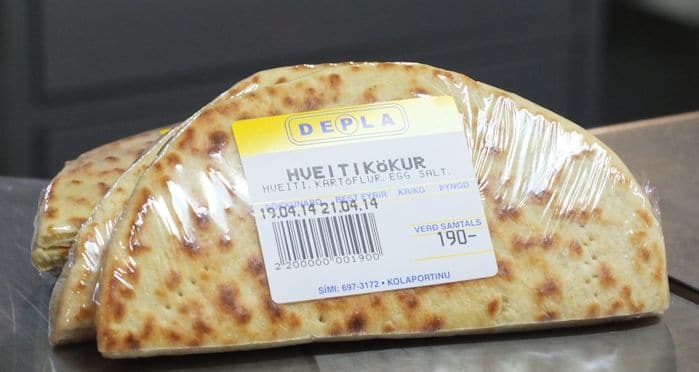 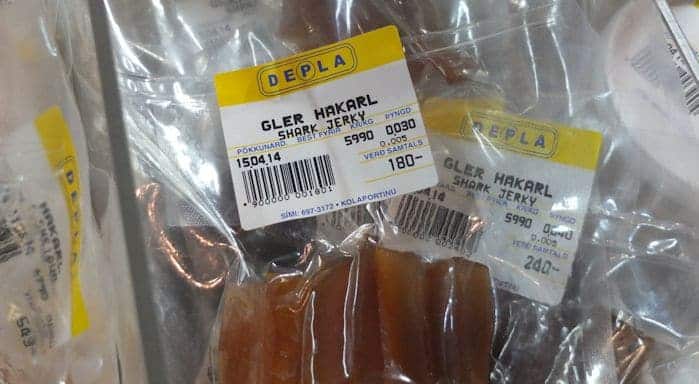 At the market we also found some Shark Jerky. Like Beef Jerky only with Sharks. 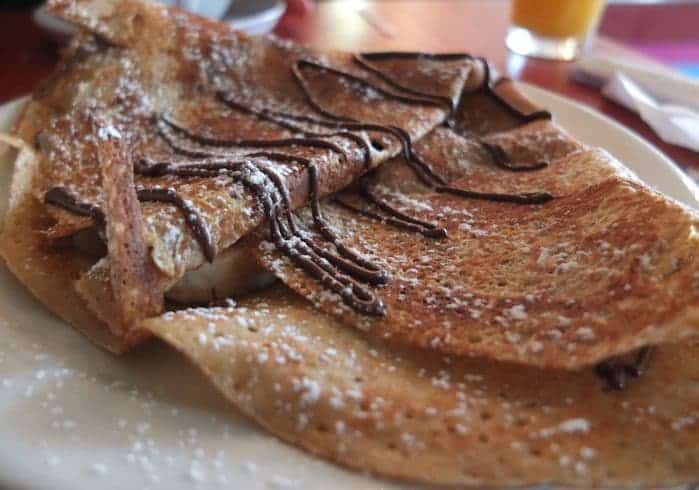 Icelandic Pancakes - we went to a cafe and I had to try them. They are made with spelt flour instead of wheat. I will try to make it again at home. 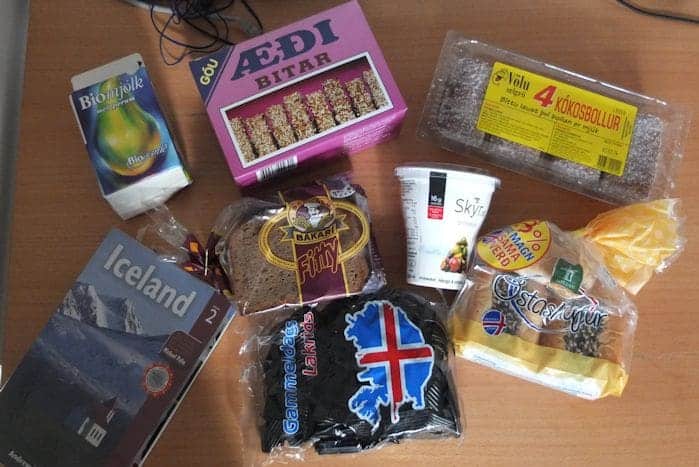 After another trip to the supermarket and market I found a different kind of Icleandic bread, some licoqrish, and some icelandic chocolate and coconut balls. Scandinavians are obsessed with chocolate and coconut. I also discoverd this bread called Ostaslaufur which is bread with cheese inside. 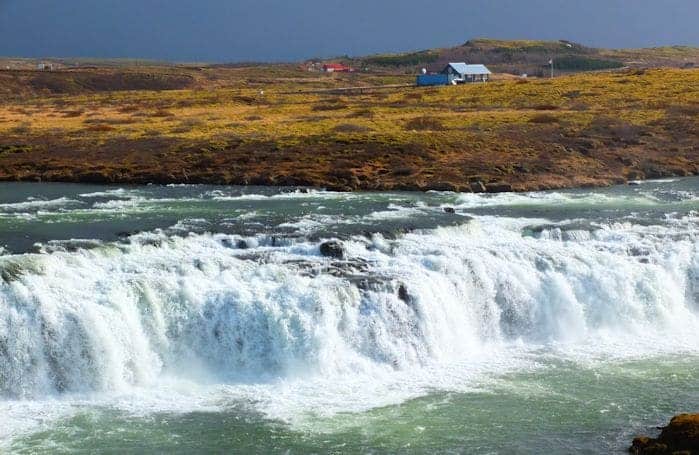